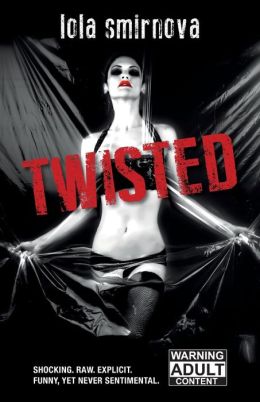 For years I’ve been an advocate of legalized prostitution, working from the premise that by legalizing the trade, the United States would take the power and money behind prostitution out of the hands of organized crime and put it toward the women actually engaged in the trade.  Legalization would allow government to generate revenue from the business, would stabilize the trade for licensing, medical examinations, and verification that the women involved weren’t being intimidated or controlled via drugs or violence.  It would create environments where the women are respected and cared for, rather than abused.  I’ve always thought that legalized prostitution would decrease the amount of human trafficking and child abuse as crime syndicates were forced to other avenues to generate their revenue.  And as terrifying as it sounds, “Twisted” serves as a primer to demonstrate that mafia lords and their crime syndicates will scheme to get their money in any way possible.

Smirnova’s story, which is no doubt based upon true life experiences, follows a young Ukrainian girl named Julia, whose family is struck with poverty after the fall of the Soviet Union.  Her two older sisters leave home and become sex workers, glossing over the more distasteful aspects of their occupation, planting the seeds of both curiosity and greed in young Julia.  She eventually finds the lure of easy money too beguiling and begins her journey into the darker aspects of drug abuse, drunken stupors, and the horrid and loveless life of a sex-for-sale prostitute.  She is subjected to all manner of abuses, from “debts” incurred to an “agent” supposedly responsible for finding her a club to work at, to the cramped and barely livable spaces the girls are given, to the non-stop drinking and drug use ideology that keep the girls compliant.

This is not a book of erotica in any sense of the word. In fact, the few “sex” scenes described are mostly so disgusting and horrid that few would find them appealing, an attitude echoed by Julia through the tale.  And yet her story becomes compelling, like a Dickensian tale where only more pain and suffering is brought down upon the main character’s head, a sort of morality play where the reader shouts at the unfortunate soul and says “good Lord! How can you be that stupid?”  Reading the tale of Julia creates an imperative need to find out how it ends.  Is there a happy ending?  Thank God there is.

The writing itself is well done, surprising for someone for whom English is probably a second language.  Written in first person mode, in present tense, the author does a good job in establishing characters, setting, and the connection between the reader and the story.  More journal than formative plot, “Twisted” encapsulates the reader and literally drags them along through the drug and booze soaked life of a girl for whom circumstances and bad choices have created something that can only be described as a nightmare.

If nothing else, “Twisted” serves as a warning to other young woman who might be tempted by the flush of “easy” money presented by soliciting themselves.  Throughout the story Julia is constantly forced into actions she neither desires, nor wants; is frequently subjected to almost lethal (if not stupid) levels of intoxicants, and allows others to use her in practically every manner.  If there were a “how not to do this” manual, this would be it.

I suppose the saddest aspect of Julia’s life is that sex itself is relegated into something mundane or even disgusting.  As an erotica author myself, I was almost offended at the demeaning way the act of sex is treated in “Twisted,” yet I know that the reality is exactly as Ms. Smirnova has described.  It is a conceit amongst men that prostitutes “enjoy it,” that they are nothing more than walking sex dolls, constantly horny, always willing to “put out,” and that the money is only to abate the unattractive traits or desires of their clients.  Julia’s experience exposes that conceit and reminds us that the act of sex, even between two strangers, is not just a physical exertion with a hedonistic ending, but an emotional one as well.  For Julia, each client damaged her psyche just a little more and she turned to drugs and booze to cope.  Hopefully "Twisted" will cause every male who frequents "houses of ill repute" to treat these women with a modicum of respect.

In summary, "Twisted" is an amazing book that is well written and provocative, but despite it's appetizing cover and the teaser, can not be considered erotica in any sense of the word. I give "Twisted" a strong 8 out of 10, even though I generally rank for the eroticism of a story.  This book is still a worthwhile read.

Twisted is available in e-book format from Amazon.com, as well as Barnes & Nobel and can be purchased in hardback as well from the publisher.

You can also visit the author's website and blog.

Posted by Michael Alexander at 7:13 PM 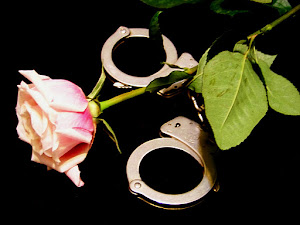 The Stories of Michael Alexander

Available in the Free Story Archive:

The Tales of Breanne Erickson

Available in the Free Story Archive:

In the Dark (An Anthology) 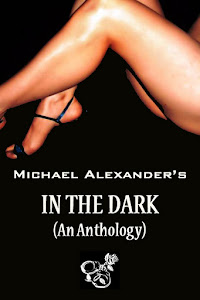 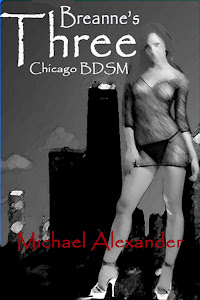 Now available in e-book format from Barnes&Noble and Amazon.com! 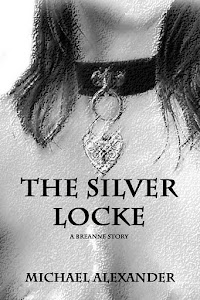 Gabrielle and the Leviathan

Science Fiction and Eroticism meet in this incredible Lesbian/Monster Story!